I Named My Dog Pushkin (And Other Immigrant Tales): Notes From a Soviet Girl on Becoming an American Woman, by Margarita Gokum Silver 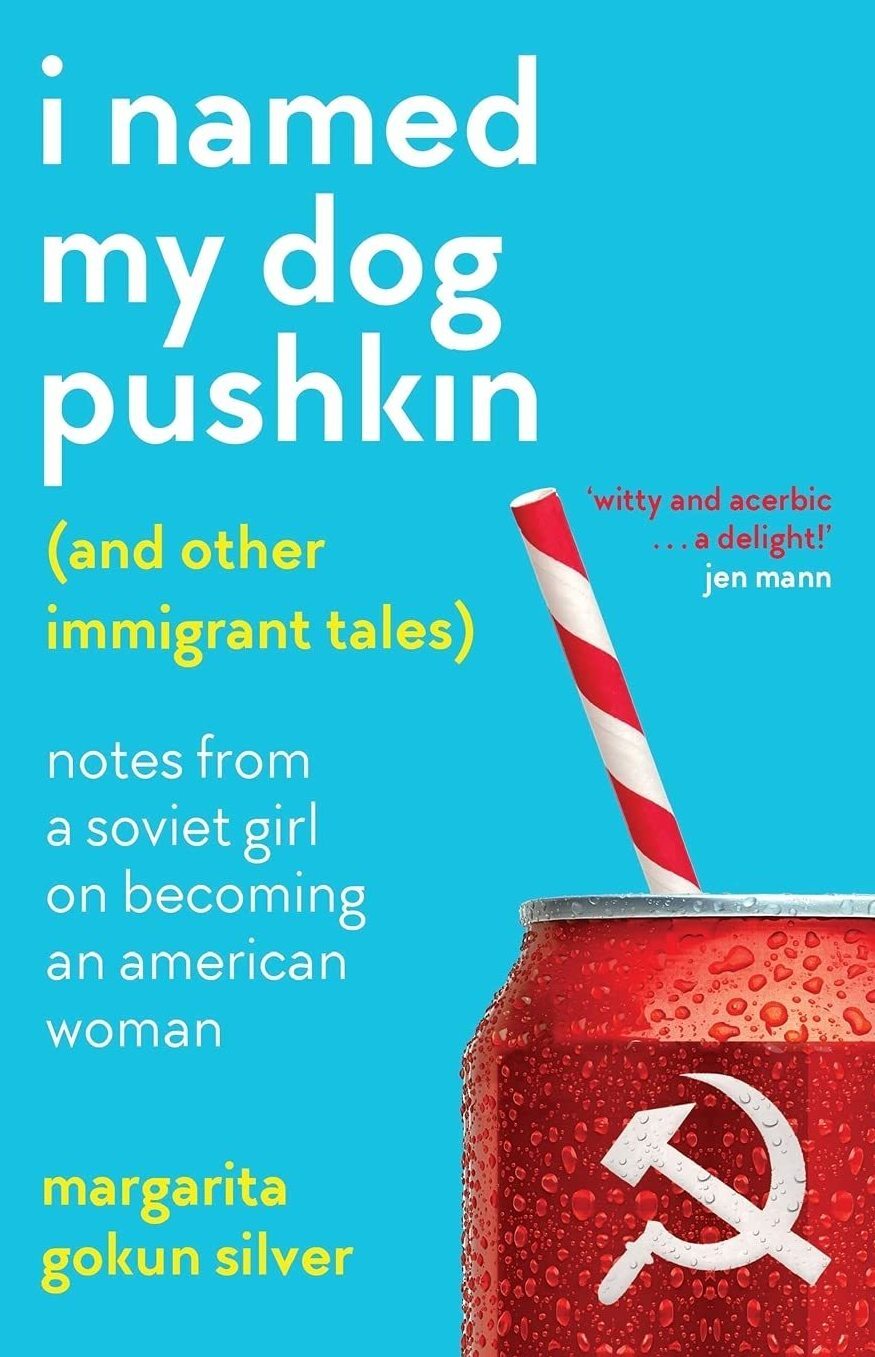 I Named My Dog Pushkin (And Other Immigrant Tales): Notes From a Soviet Girl on Becoming an American Woman, by Margarita Gokum Silver

How to write a laugh-out-loud funny book about the deprivations and rampant anti-Semitism in the Soviet Union, the challenges of emigrating to the U.S., sharing a breast cancer diagnosis with your mother (and a hospital room), and navigating overbearing parents while parenting an American teenager?

Margarita Gokun Silver manages these sleights of hand and more in her memoir-in-essays, I Named My Dog Pushkin (And Other Immigrant Tales): Notes from a Soviet Girl on Becoming an American Woman.

Margarita Gokun Silver is a widely published journalist and an accomplished painter. In 1989, as a 20-year-old engineering student at the Moscow Institute of Oil and Gas, she convinced her parents and grandparents to emigrate to the United States. As Jews, they were able to maneuver through a narrow window opened by Ronald Reagan and Mikhail Gorbachev. The family traveled to the U.S. via Vienna and Ladispoli, Italy (outskirts of Rome) where Silver used her Italian language skills to find work and begin to westernize as rapidly as possible.

I Named My Dog Pushkin reads as part stand-up-comedy and part listicles of items you might never conceive of. An opening compilation counsels what you need to know to “win at life” in the Soviet Union: “A law isn’t a law unless you find your way around it,” and “Make sure to offer a bribe whenever possible,” and “Take all the chances you get” to lie.

Silver ponders a number of questions upon arriving in America: Why are there no fences around houses? Don’t they have curtains? What kind of “soggy hell” is cereal served with cold milk? Did this tasteless tomato even come from the earth? Are English muffins “failed bagels married to some kind of sponge?” What’s tuition? “HOW MUCH?”

The book’s dedication reads “To my thesaurus.” Silver wishes she could have given her younger, “Homo Sovieticus” self some more guts, and “some insight into how a thesaurus works.” Nevertheless, once she arrives in the U.S., she manages to send her parents off to Ohio where they find work and settle, while she remains in New Hampshire to get an education. Desperate for that long-sought-after pair of Levi’s jeans, Silver cannot lose her Russian accent fast enough.

Silver’s levity is commendable given that she wrote most of the book during the pandemic while caring for her husband as he battled cancer.

Since there is “no sex” in Russia, she’s anxious to find an American boyfriend/husband. She trains her face “not to look Russian, … eliminating the hardened, cynical, don’t-you-jump-in-front-of-me-in-line expression so many of us had perfected.” She does snag a Jewish husband and produces a daughter, whom her mother grandmothers far better than she ever parented Silver.

The grandmother/babushka character — both real and symbolic — threads through the book as a beacon of love, lessons, food, devotion, and good sense. In contrast are Silver’s parents, whom Silver fails and fails again. She becomes neither ballerina nor concert pianist; not even a doctor, lawyer, or investment banker; much less the Soviet fallback (often, she says, the sole professional path open to Jews), an engineer. Silver does obtain an Ivy League graduate degree (in public health from Yale), but “fails” to put it to use in a career.

Each essay in the memoir is peppered with Russian expressions, often translated and annotated in a set of footnotes, a mix of the catty and the humorous. If they get a bit tiresome, they also provide countless jabs at her parents and cynical insights into Soviet life — what it means to wait in line for hours for butter and any other pantry essentials and how to handle Soviet school children who tease you mercilessly for being a Jew when you don’t even recognize that identity because your family is secular.

Silver finds work in Uzbekistan, her husband joins the foreign service, and with their American passports, the family lives all over the world. Silver revels in the freedom to raise her daughter as she sees fit, jettisoning anything she learned from her Soviet upbringing. “Immigrating and continuing to live someone else’s dreams is a terrible idea.” She cites “better late than never,” for this proposition, noting that the same expression in Russian refers either to “a line for toilet paper or when [Nikita] Khrushchev finally spoke out against [Joseph] Stalin.”

These many years later, Silver has not fallen out of love with America. It’s a particular pleasure to see our splintered country through the eyes of this determined and appreciative emigree. As we follow her trajectory in and out of America, Silver’s descriptions of Soviet life are in sharp contrast to America’s bounties — the easy availability of food and other necessities, as well as a modicum of control over where and how you live and what career path you follow. Humor, it turns out, opens wide a door to patriotism.

Martha Anne Toll is a DC based writer and reviewer. Her debut novel, Three Muses, won the Petrichor Prize for Finely Crafted Fiction and is forthcoming from Regal House Publishing in Fall 2022.