Former White House counsel Don McGahn leaves Capitol Hill after closed-door meeting with the House Judiciary Committee on June 4. McGahn, a witness in special counsel Robert Muellers investigation, was first subpoenaed by the committee two years ago but was blocked from appearing by the White House. 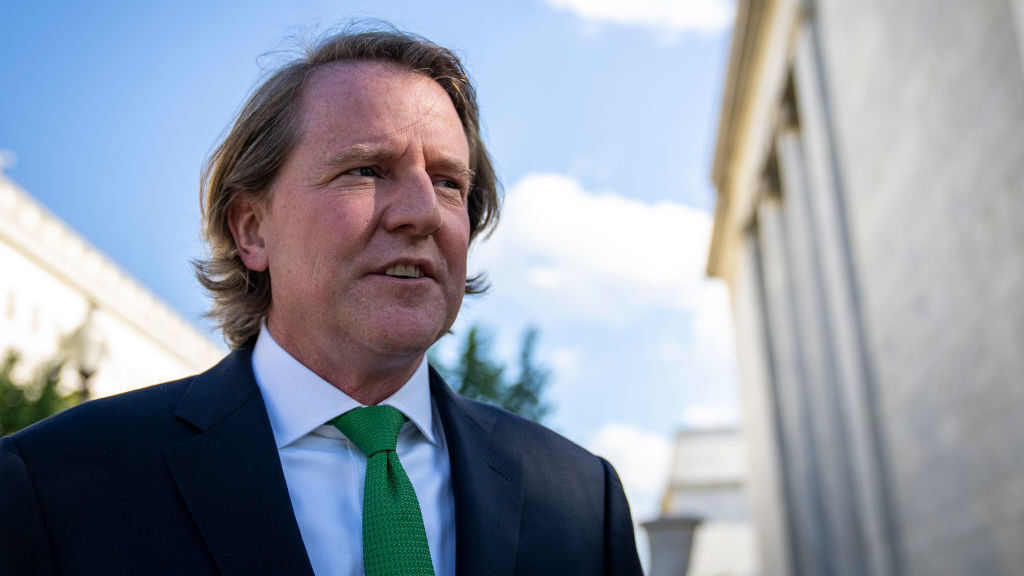 Former White House counsel Don McGahn leaves Capitol Hill after closed-door meeting with the House Judiciary Committee on June 4. McGahn, a witness in special counsel Robert Muellers investigation, was first subpoenaed by the committee two years ago but was blocked from appearing by the White House.

Testimony from former Trump administration official Don McGahn was made public on Wednesday, days after the former White House counsel and key witness during the Russia investigation testified before a closed-door session of Congress.

While McGahn’s testimony to the Democrat-led House Judiciary Committee largely rehashed much of what was already publicly known, McGahn’s remarks revealed the degree to which he felt he was being pressured toward wrongdoing by former President Donald Trump.

McGahn said he was made particularly uneasy by Trump’s repeated requests that McGahn facilitate the dismissal of special counsel Robert Mueller, who had been tasked with investigating possible ties between Trump’s 2016 campaign and Russia.

“After I got off the phone with the president, how did I feel? Oof. Frustrated, perturbed, trapped. Many emotions,” McGahn said of one particular phone call, according to an official transcript of the hearing.

McGahn described a situation that he feared could “spiral out of control” and reach “a point of no return” if he carried out Trump’s push for him to call then-acting Attorney General Rod Rosenstein about Mueller.

“If the acting attorney general received what he thought was a direction from the counsel to the president to remove a special counsel, he would either have to remove the special counsel or resign,” McGahn said.

“We are still talking about the ‘Saturday Night Massacre’ decades and decades later,” he continued, referencing firings and resignations during the Watergate scandal under disgraced former President Richard Nixon.

McGahn’s remarks to the panel come after a two-year legal battle to get his testimony on Trump’s actions as part of the Russia probe and investigation into potential obstruction of justice. The House Judiciary Committee first subpoenaed him for testimony then in 2019, but the Trump White House blocked McGahn from speaking to the panel, arguing that McGahn’s status in the administration granted him immunity from testifying before Congress.

The dispute was resolved last month. The private session, to which no members of the press were privy nor were non-committee congressional personnel, was agreed upon after negotiations between McGahn’s attorneys, the committee and Biden’s Justice Department.

“Mr. McGahn provided the Committee with substantial new information—including firsthand accounts of President Trump’s increasingly out of control behavior, and insight into concerns that the former President’s conduct could expose both Trump and McGahn to criminal liability,” Committee Chairman Jerry Nadler, D-N.Y., said in a statement.

“All told, Mr. McGahn’s testimony gives us a fresh look at how dangerously close President Trump brought us to, in Mr. McGahn’s words, the ‘point of no return.’ “

Republicans, who have largely still maintained allegiances to Trump, denied that the testimony had broken new ground.

“Unsurprisingly, Democrats failed to uncover any new, substantive information that was not already disclosed in the Special Counsel’s report,” Republican committee staff said in an open letter to the panel. “Accordingly, Democrats spent hours asking McGahn for his reaction to a number of hypothetical and theoretical questions in a flailing effort to conjure up some basis of wrongdoing.”