Chairman of the Joint Chiefs of Staff Gen. Mark Milley speaks during a briefing with Secretary of Defense Lloyd Austin in September at the Pentagon in Washington. The top U.S. military officer met with his Russian counterpart Wednesday Sept. 22, 2021 in Helsinki, Finland. 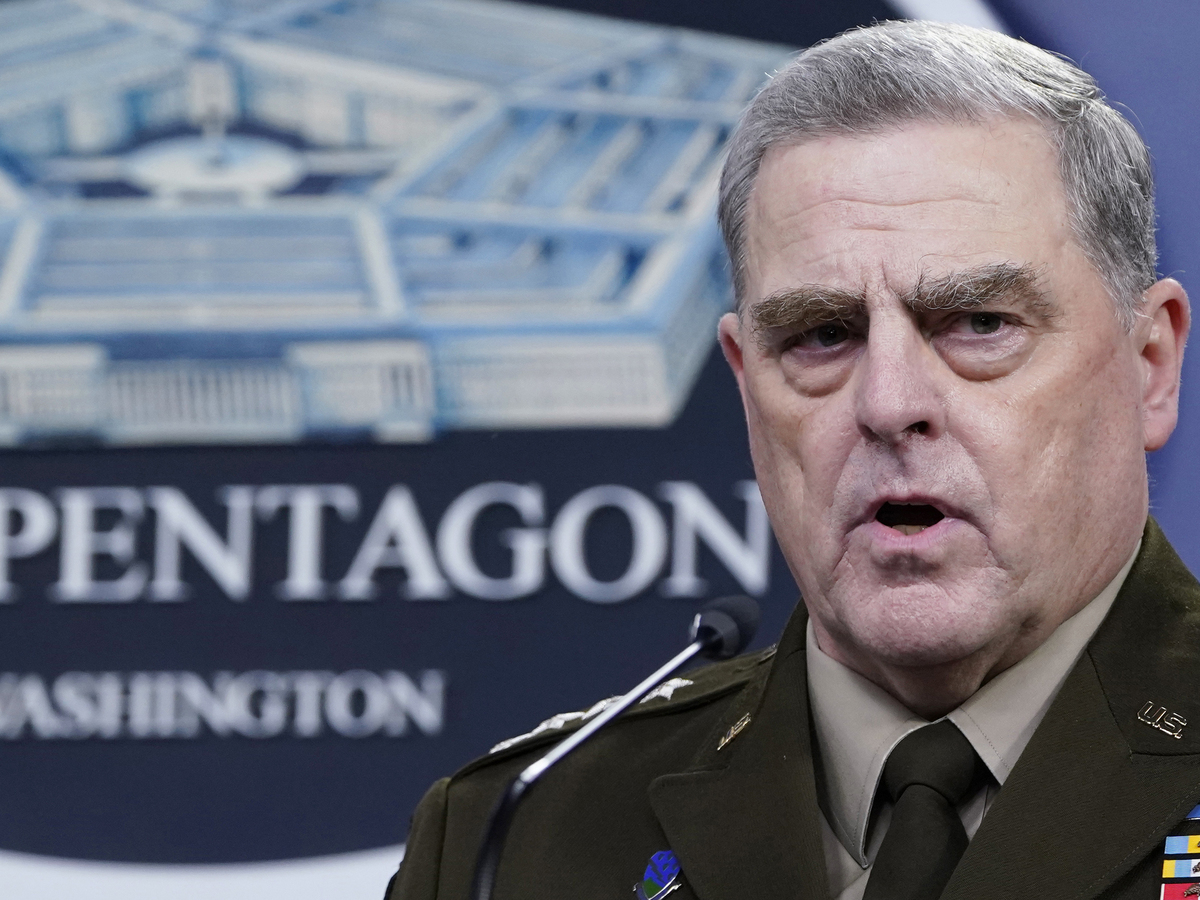 Chairman of the Joint Chiefs of Staff Gen. Mark Milley speaks during a briefing with Secretary of Defense Lloyd Austin in September at the Pentagon in Washington. The top U.S. military officer met with his Russian counterpart Wednesday Sept. 22, 2021 in Helsinki, Finland.

HELSINKI, Finland — The top U.S. military officer met with his Russian counterpart Wednesday, against the backdrop of U.S. struggles to get military basing rights and other counterterrorism support in countries bordering Afghanistan — a move Moscow has flatly opposed.

The meeting in the Finnish capital, Helsinki, between Gen. Mark Milley, chairman of the U.S. Joint Chiefs of Staff, and Chief of the Russian General Staff Gen. Valery Gerasimov comes at a crucial time in the wake of the military withdrawal from Afghanistan.

Without troops on the ground, the U.S. needs to forge more basing, intelligence sharing and other agreements to help monitor al-Qaida and Islamic State militants in Afghanistan to ensure they are not regrouping and posing a threat to America and its allies.

Russia’s deputy foreign minister, Sergei Ryabkov, said in July, however, that Moscow warned the U.S. that any deployment of American troops in countries neighboring Afghanistan “is unacceptable.” He said Russia told the U.S. “in a direct and straightforward way that it would change a lot of things not only in our perceptions of what’s going on in that important region, but also in our relations with the United States.”

Ryabkov also said that Russia had a “frank talk” with the Central Asian countries to warn them not to allow U.S. troops within their borders.

Milley declined to provide details of the meeting to reporters traveling with him to Helsinki. In a statement Wednesday, Col. Dave Butler, Milley’s spokesman, said the meeting was a “continuation of talks aimed at improving military leadership communication between the two nations for the purposes of risk reduction and operational de-confliction.”

Butler said both sides agreed not to disclose details of the talks, which has been the practice in previous meetings and calls.

But just a few days ago, Milley made it clear the basing issue was a key topic on his mind on this European trip, saying he discussed it with NATO counterparts when they met in Athens over the weekend.

Milley, U.S. Defense Secretary Lloyd Austin and American intelligence officials have warned that al-Qaida or the Islamic State group could regenerate and pose a threat to the United States in one year to two years.

U.S. military leaders have said they can conduct counterterrorism surveillance and, if necessary, strikes in Afghanistan from “over the horizon” — meaning from assets based in other countries. But they acknowledge that surveillance flights from bases in the Persian Gulf are long and provide limited time in the air over Afghanistan. So the U.S. and allies want basing agreements, overflight rights and increased intelligence-sharing with nations closer to Afghanistan, such as Uzbekistan, Kyrgyzstan or Tajikistan.

So far there are no indications of any progress. Moscow maintains a tight grip on the central Asian nations and opposes western presence there.

The U.S. used the Transit Center at Manas, in Krygyzstan, for a large part of the Afghanistan war, moving troops in and out of the warzone through that base. Under pressure from Russia and its allies, however, Krygyzstan insisted the U.S. vacate the base in 2014.

The U.S. also leased Karshi-Khanabad, known as K2, as a base in Uzbekistan for several years after the Afghanistan war began. Uzbekistan ordered the base closed in 2005 amid tensions with Washington, and the Defense Ministry reaffirmed in May that the country’s constitution and military doctrine rule out the presence of foreign troops there.

It’s unclear if there is any potential for negotiations with the Russians to encourage them to lessen their objections to U.S. or allied presence in the region. But Russian officials also have expressed concern that the Taliban takeover could destabilize Central Asia, and they worry about a growing threat from IS.

Milley spoke optimistically this week about getting help from allies in the over-the-horizon fight. He never specifically identified Russia or the South Asian countries, but said NATO allies are discussing potential contributions.

“There are opportunities where alliance members may choose to work closely with us on these over-the-horizon capabilities,” Milley told reporters.

Milley’s meeting with Gerasimov, and broader discussions about counterterrorism this week, come on the heels of a deadly U.S. airstrike in Afghanistan in the final days of the chaotic evacuation of Americans, Afghans and others. The U.S. initially claimed the drone strike killed an Islamic extremist looking to attack the Kabul airport, but now says it was a mistake that killed 10 civilians, including seven children.

The incident triggered questions about the future use of drone strikes to target terrorists in Afghanistan from over the horizon. But Gen. Frank McKenzie, head of U.S. Central Command, said that while that airstrike was a “tragic mistake” it was not comparable to future counterterror strikes.

McKenzie said that the strike that killed civilians was based on intelligence pointing to an imminent threat of another attack on the Kabul airport. A suicide bomber just days earlier had killed 13 U.S. troops and dozens of Afghans and other civilians at an airport gate.

Future strikes on insurgents deemed to pose a threat to America, McKenzie said, would be “done under different rules of engagement” and there would be more time to study the target.

“We will have an opportunity to further develop the target and time to look at pattern of life. That time was not available to us because this was imminent threat to our forces,” said McKenzie. “We did not have the luxury of time to develop pattern of life and to do a number of other things.”